Café 't Papeneiland, suddenly became world-famous when Bill Clinton wandered in for a piece of their famous apple pie. You can find 't Papeneiland on the corner of the Prinsengracht and the Brouwersgracht, where it has been since 1642. The story goes that at the beginning of the 17th century, Prinsengracht 7 concealed a secret Catholic church and that this church could be reached through a tunnel starting in Café 't Papeneiland. However, now used as storage, the entrance of the tunnel can still be found below Café 't Papeneiland. Since the building was constructed in 1642, it always served as a store/pub with a small living area. The current state of the interior is not a very big difference with how it used to be during the 17th century when you could buy here pots and bottles of beer and wine on the side.
In 1896 it got fully licensed as a pub, and carried the name Café De Blauwe Druif (the blue grape), until the renovation in 1956 where the facade was brought back to its original crow-stepped gable. And the name change to Café 't Papeneiland. Where it was exploited in line, by Aunt Marie, Tiel sr. and currently Tiel jr.

Scroll down through the time, back to 1642 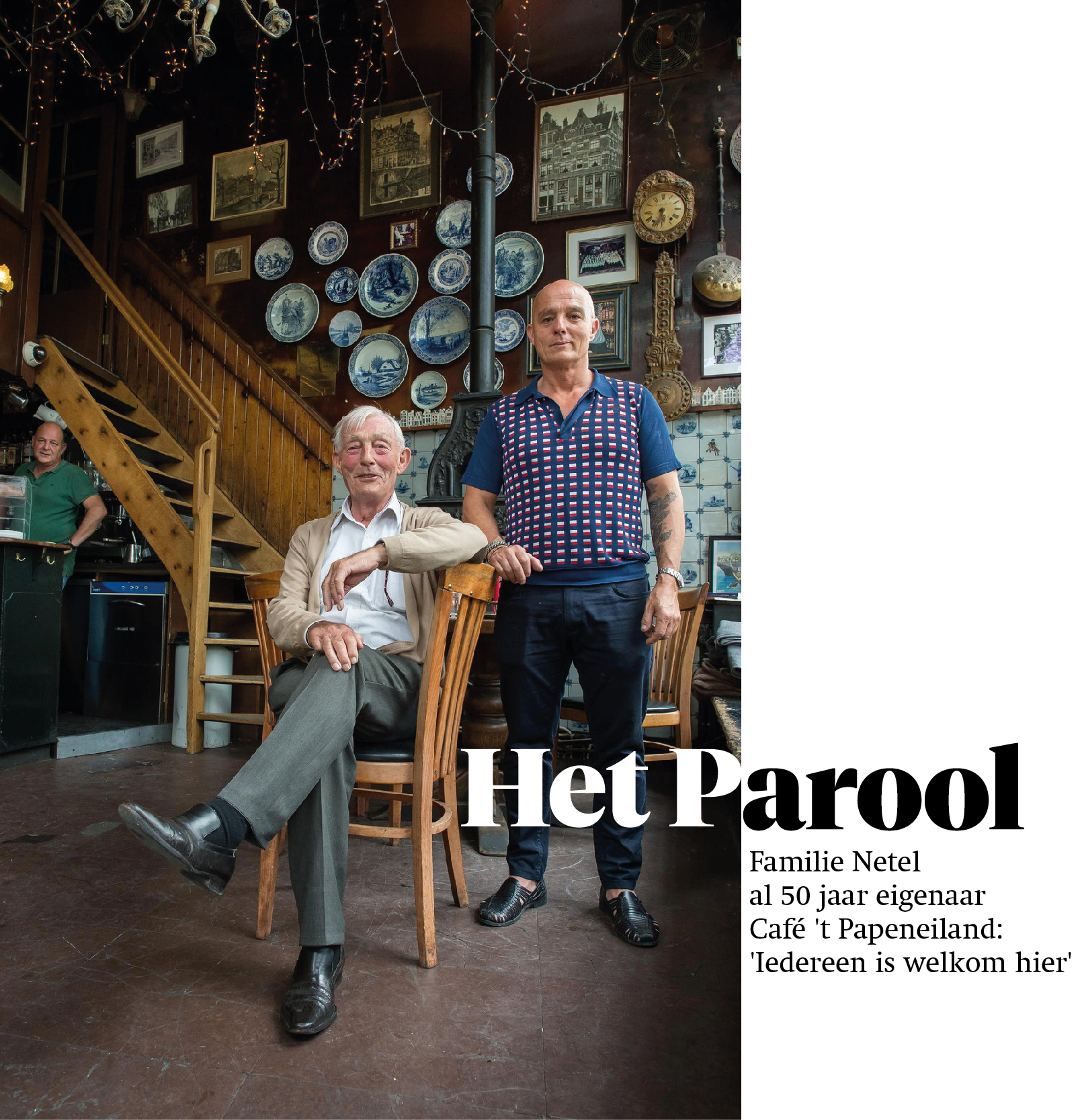 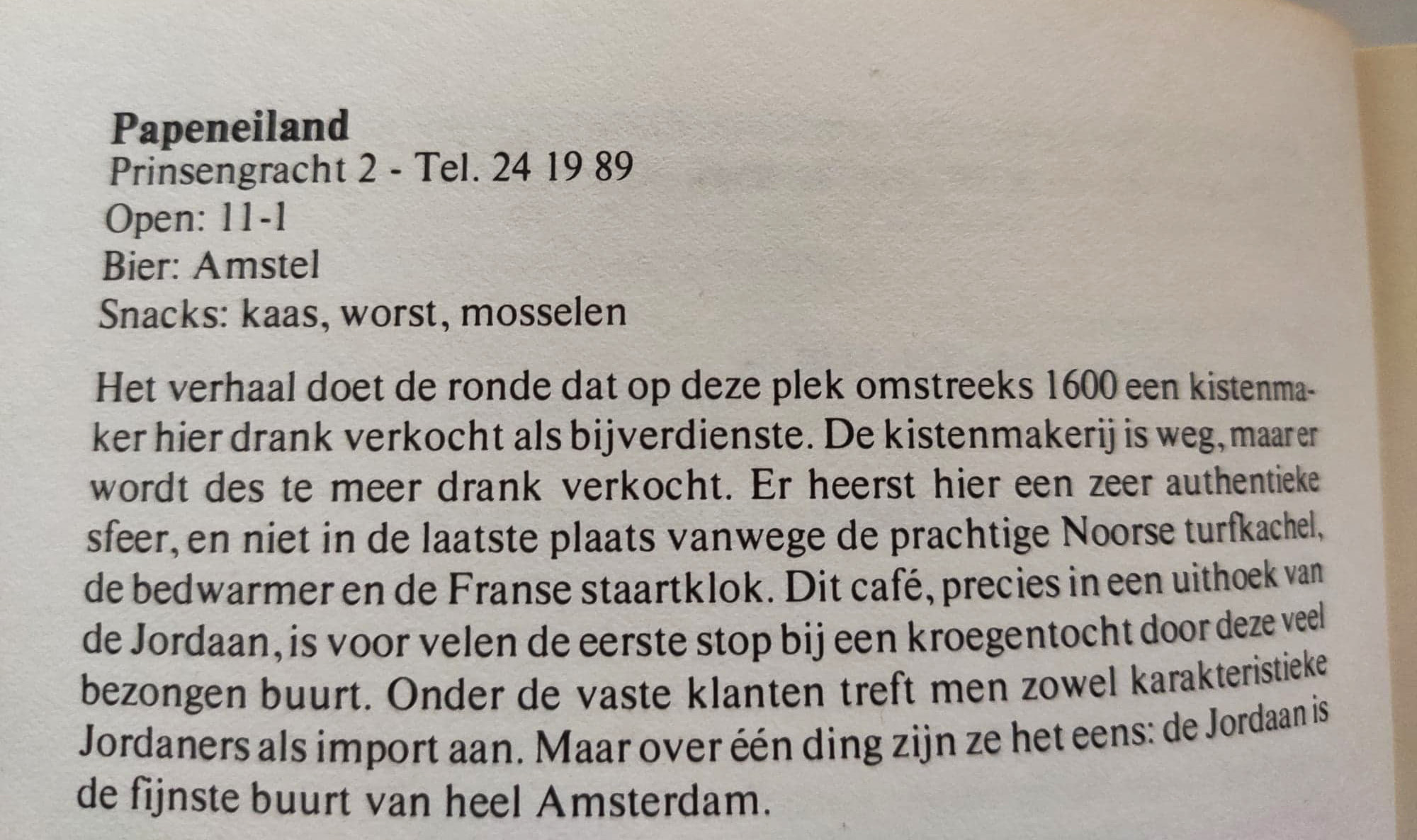 The interior hasn't changed much since the photo was taken in 1964 by Dolf Toussiant for his book "The Jordaan" accompanied with texts from Simon Carmiggelt. 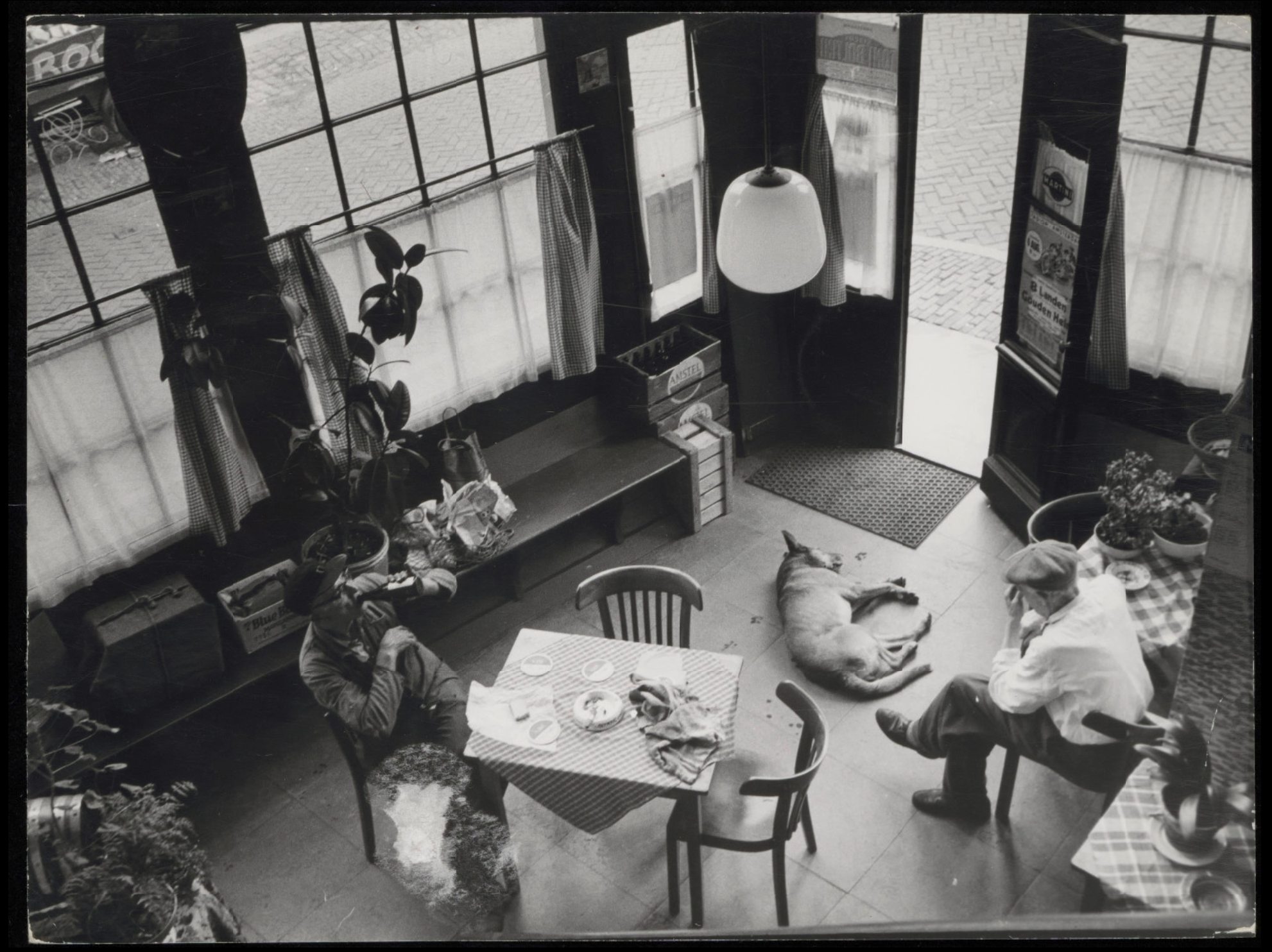 Association de Keyser who managed to buy the building on the corner of the Prinsengracht and which currently hosts Cafe t'Papeneiland. Couldn't resist the urge of bringing back the authentic stepped gables during the renovation of 1956 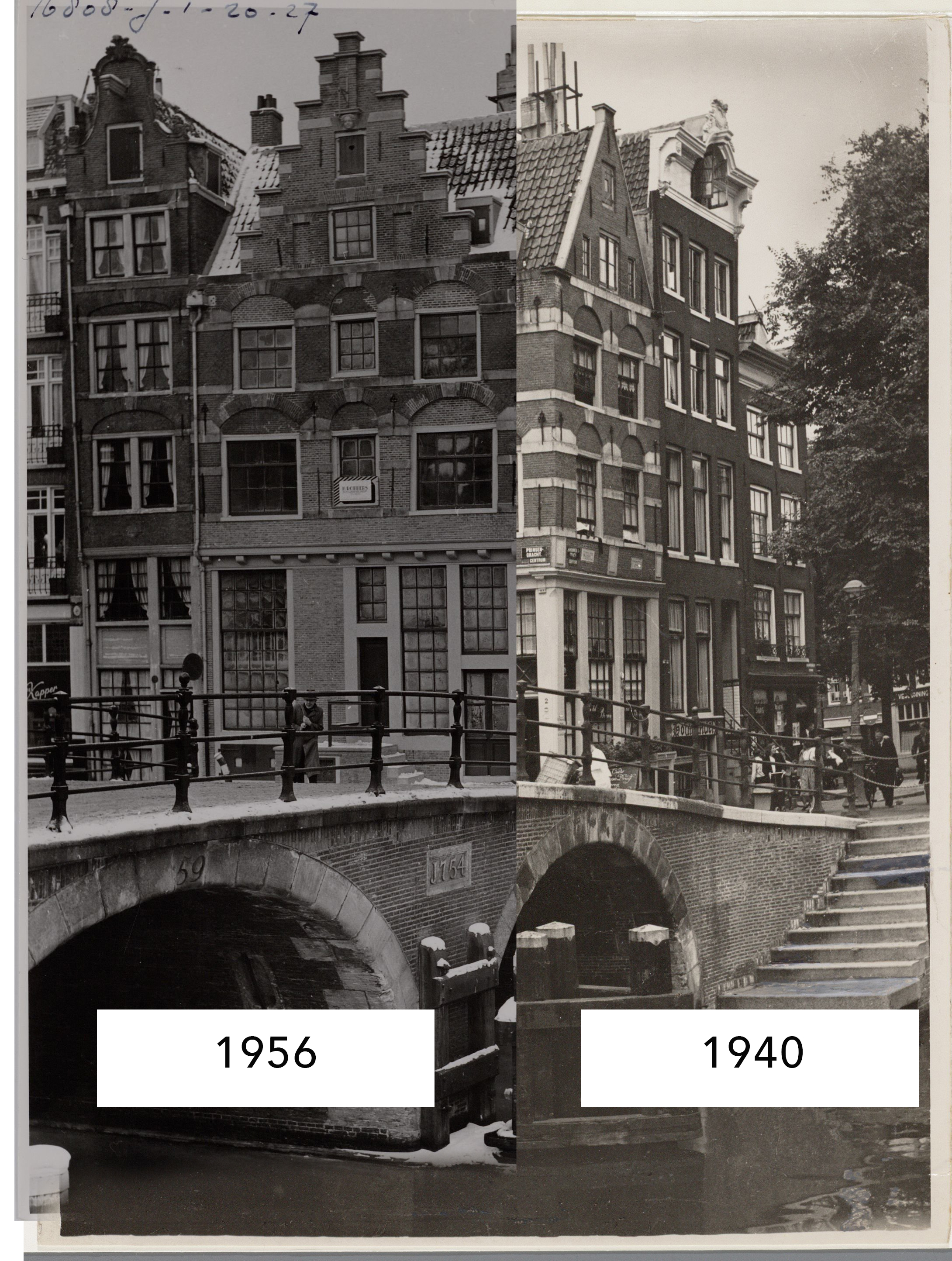 Delivery of new barrels of beer by flat boats in 1907 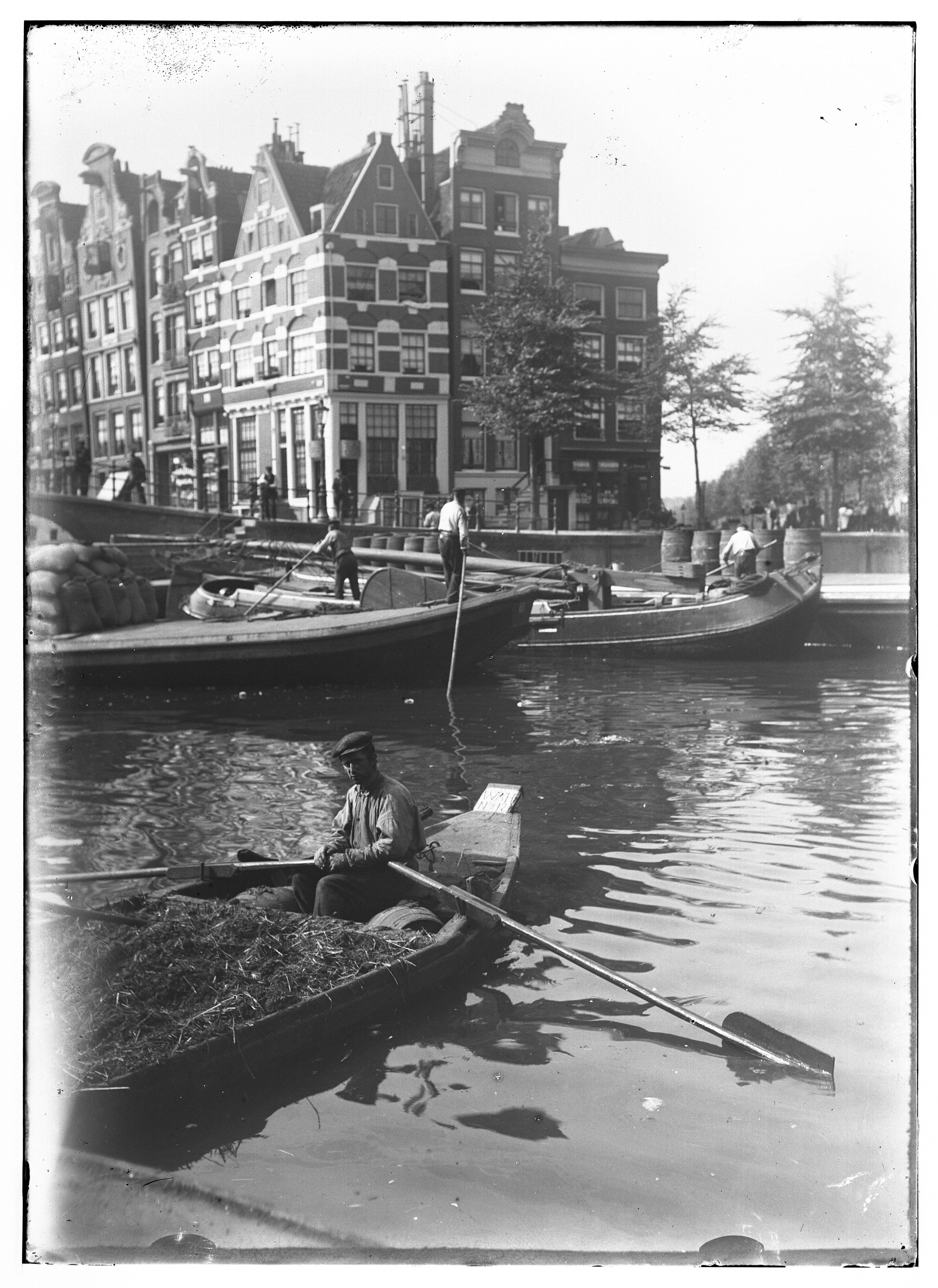 This might well be the first-ever taken photo of the most photographed corner of Amsterdam. The photo was taken by Breitner, when Cafe t' Papeneiland was still named "Tapperij De Blauwe Druif" (Taproom The Blue Grape)

Illustrator Jacob Cats made this view of the Brouwersgracht and Prinsengracht in 1785 with Cafe t'Papeneiland on the corner with its authentic stepped gables, that in 1956 became the main threat in the renovation design of Association de Keyser. 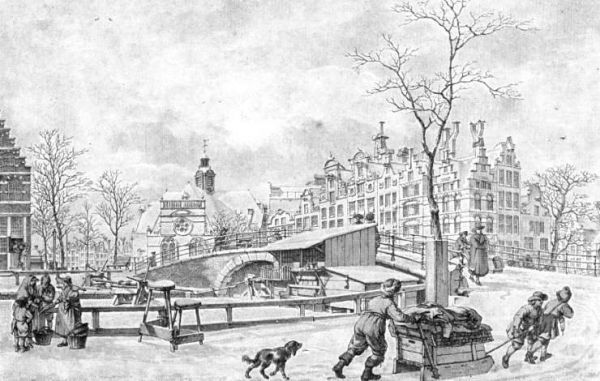 Renier Noomen could have been sitting on the terrace of Cafe t'Papeneiland in June 1659 when he made the etching. But most probably was this the view you would have seen when you looked out of the Windows of Cafe t'Papeneiland in that time. The relative new lock build in 1618, in combination with the bustling Noordermarkt made this a very lively area of Amsterdam at the time, and it still is.

For the first time, we do see an empty spot on the map of Balthasar Florisz van Berckenrode here. One of the most iconic corners of the canals of Amsterdam isn't complete yet. Egbert Gerritsz Daelder, the neighbour from across the Prinsengracht must have thought the same. That is why in 1642 he started to construct the current building in which we can find Cafe t'Papeneiland. And where everyone has been welcome ever since.